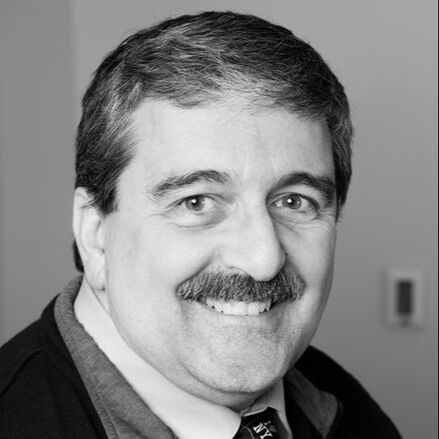 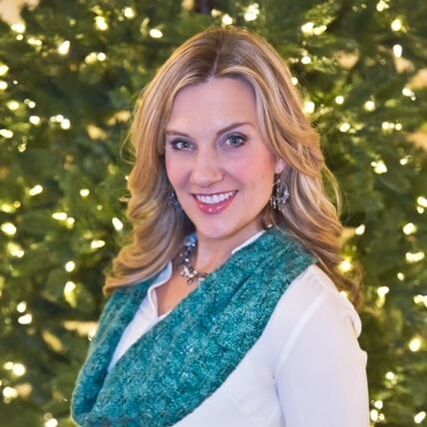 ​Laurel McCloskey
Laurel McCloskey is a soprano from Albuquerque, New Mexico. She is a performer, educator, innovator, and administrator with a passionate love of classical music. Laurel performed the title role of Suor Angelica in Denver, CO, and ensembles in Amleto, Don Giovanni, Madame Butterfly, and Otello, with Opera Southwest in Albuquerque, NM. She trained at the Bel Canto Institute in Greve, Tuscany, Italy in 2018 and with the Potomac Vocal Institute in Washington, DC from 2019-2020. Laurel is cast as the First Lady in The Magic Flute in the Vienna Summer Music Festival, postponed due to the pandemic until 2022. This past season, she performed Shirley in Street Scenes with the Young Artists of America Classical Voice program and participated in the Wintergreen Music Festival as part of the vocal intensive program. Laurel holds a Bachelor of Arts from Washington University in St. Louis and a Master of Public Health from Johns Hopkins University. She has advised arts organizations nationwide on funding and grant opportunities, and started a thriving health non-profit organization, the Chronic Disease Prevention Council. 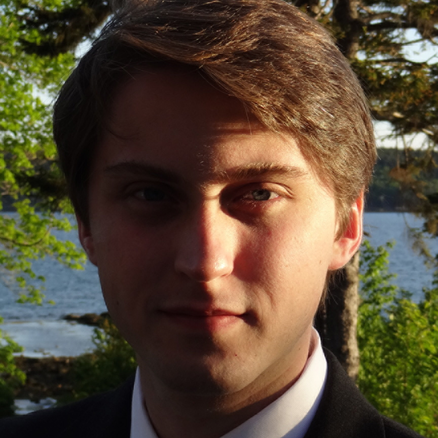 Deiran Manning
Deiran Manning has given performances across the United States, Ireland,   England,       France and Italy at notable venues such as Merkin Concert Hall, Weil   Recital Hall at   Carnegie, the National Concert Hall in Dublin and the New York   City Mayor’s residence,   Gracie Mansion. Originally a Maine native, Mr. Manning   spent his formative years in New York City at LaGuardia High School, eventually   earning his undergraduate and masters degree from Indiana University’s Jacobs   School of Music. His notable teachers include pianists Edmund Battersby,   Edward Auer, Karen Shaw, Jeffrey Swann and baritone Wolfgang Brendel. As a   singer, Mr. Manning has performed with various companies including IU Opera   Theater, Bronx Opera, and WHMF Opera. He regularly works as a vocal coach   due to his experience as both a pianist and singer. Mr. Manning has also worked   at New York University an Adjunct Professor of Piano. Notable awards include;   Stanza Governor’s Prize in Composition, LISSMA International Piano   Competition, Children’s Foundation for the Arts, Bradshaw & Buono   International Piano Competition and the Ira Gershwin award. Mr. Manning is on the faculty at Brooklyn Conservatory of Music and serves as Executive Director of the Winter Harbor Music Festival. 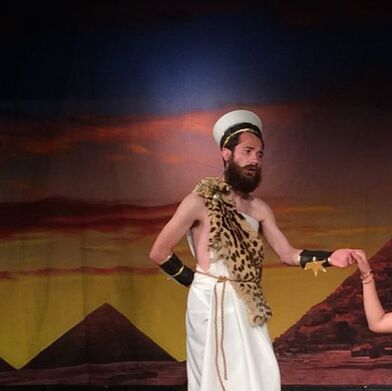 Alexander Grant
A former student at Brooklyn College, Alexander has performed with the Winter Harbor Music Festival since 2010. Notable roles include Sarastro in Mozart's Magic Flute and Captain Corcoran in Gilbert and Sullivan's HMS Pinafore. 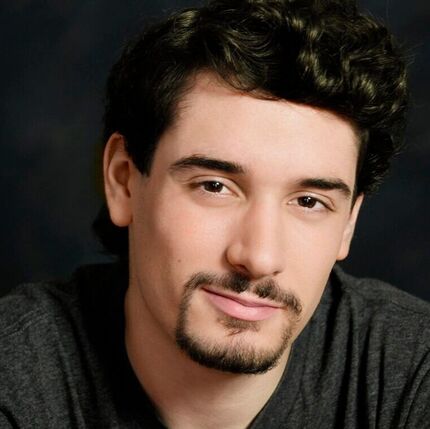 Joshua Gurwitz
Based in Albany, NY, ​Joshua Gurwitz is a founding member of the Greylock Opera   Collective (GOC), a new opera company in North Adams, MA. Mr. Gurwitz was   most recently featured in GOC’s inaugural performance, The Weeping Woman (a   new opera based on the life of Picasso’s muse, Dora Maar) in the role of Jaime   Sabartes-Gual. Other notable roles include Eisenstein in Die Fledermaus and Joe     Boyd in Damn Yankees. In addition, Mr. Gurwitz has been a featured soloist in an   eclectic range of concert repertoire from J. S. Bach’s Christ Lag in Todesbanden to   Reena Esmail’s pioneering new work, This Love Between Us.
In 2018, Mr. Gurwitz was awarded first prize in the Advanced Division of the Joel   Dolven Vocal Awards, a competition run by the Mendelssohn Club of Albany, NY.     He has also won honors in 2011, 2012, and 2014 at the Art Song Festival held by the   Eastern New York chapter of the National Association of Teachers of Singing   (NATS). In the 2020 season, Mr. Gurwitz will be making his role debut as Mayor   Dobbs in the Capital District Regional Premiere of Bright Star, a musical by Steve   Martin and Edie Brickell and will be featured in My Way of Life, a musical adaptation of George Bernard Shaw’s Mrs. Warren’s Profession by Michael Dilthey and Brian Leahy Doyle. In the 2021 season, Mr. Gurwitz will make his role debut as Don Ottavio in Mozart’s Don Giovanni with WOW Opera.
Mr. Gurwitz is a graduate of the vocal performance programs at the University at Albany, SUNY and the Aaron Copland School of Music, CUNY. 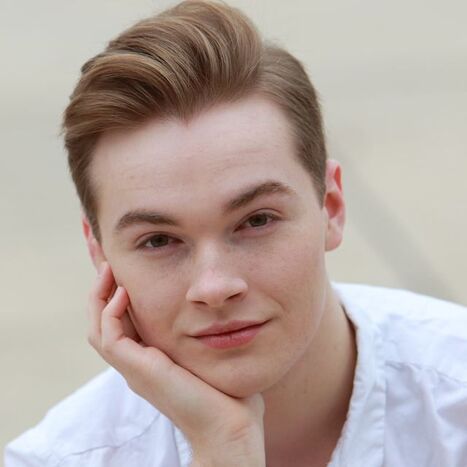 Patrick Payne
Patrick Payne is a Vocalist and Dancer from Northern VA, and a current rising Junior at the Catholic University of America where he is pursuing a degree in Musical Theatre Performance and a minor in Dance. Previous performances include McQueen/Bobby U/S in Urinetown (CUA), Soloist in Ça Ira Song Cycle (CUA), and Featured Vocalist/Dancer in The Tenderland (CUA). Patrick is beyond thrilled to be making his Winter Harbor Musical Festival debut and hopes you enjoy the performance.
​ 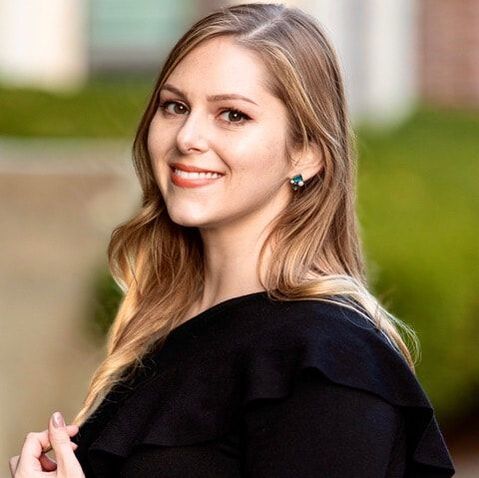 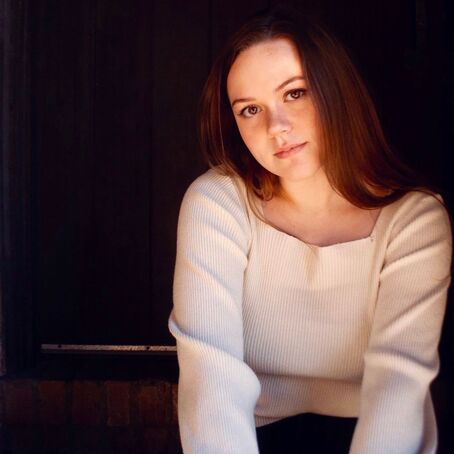 Brooke Daigle
Brooke Daigle (Madame Herz), 20, is an incoming junior musical theatre major from The Catholic University of America. Brooke made her college debut as Anne Eagerman in the university’s production of A Little Night Music back in early 2020. This production of The Impresario will be Brooke’s first introduction to opera and she would like to thank her family, all her friends, Celine and Vivian for all their love and guidance. 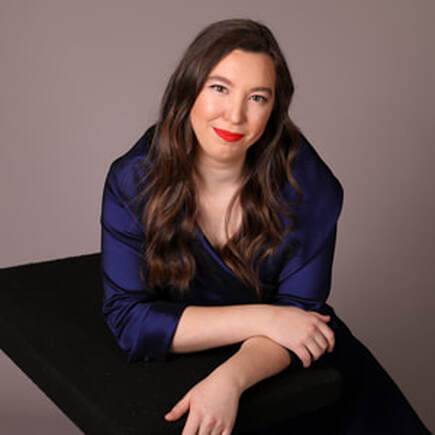 Praised for singing with “strength, clarity and emotion” (Judy Harrison, Bangor   Daily News) and for her “polished sound” (Allan Kozinn, Portland Press Herald),   soprano Celeste Mittelhauser is a graduate of the University of Southern Maine   School of Music. She debuted as Josephine in H.M.S. Pinafore with the Winter     Harbor Music Festival in 2019. Her other notable roles include Casilda in The   Gondoliers with the Gilbert and Sullivan Society of Maine and Serpina in La Serva   Padrona with the Winter Harbor Music Festival.  Celeste is the co-founder and   vocalist for Biea Duette with harpist Phoebe Durand-McDonnell, which   specializes in art song and early music and has performed in the Czech Republic   and in venues across Maine.   Celeste lives in Gouldsboro, Maine. 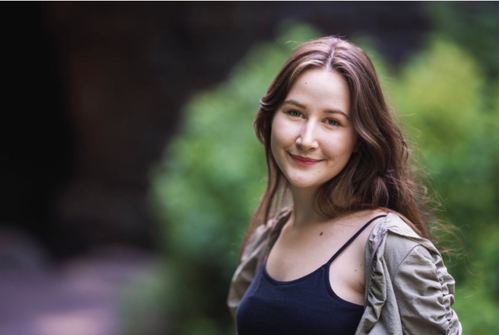 ​Lena Molyneux is starting at Princeton University this fall, where she plans on majoring in Neuroscience with concentrations in Music Performance and Russian. She graduated from Juilliard Pre-college in 2020 and is currently studying classical voice with Celine Mogielnicki. Lena is a member of the Youth Leadership Council at Sing for Hope, a non-profit organization that promotes artistic enrichment to underprivileged communities around New York City. She also was involved in OnSite Opera’s recent workshop of the original opera Stay. Lena is a two-time recipient of the George London Foundation Scholarship at Juilliard Pre-College. Aside from classical singing, Lena enjoys dancing, playing the piano, and studying languages including Italian, German and Russian.